Video script might be one of the most important but underrated parts of filmmaking. Afterall, without the script 99% of the movies wouldn’t make sense.

You want to tell a story? Captivate our audience?

You can easily do that. Find out how, below:

What is a video script?

Video script can be a simple word document. What matters, is the content on that document. Your next video script should include:

-       Different scenes and their descriptions.

-       Directions on what should the main character do in a specific scene. In this part, you could include lighting used for a specific scene, background, or costumes.

-       Camera instructions on how the video should be filmed. As well as specific angles.

Why should you write a video script?

Firstly, a video script save you a lot of time and so a lot of money!

It helps you to be prepared. You can prep the whole crew, editor and the talent on what is planned to happen. You don’t want to spend your or others’ precious time on set. And in this world – time is money, my friend. Besides, you won't become miss congeniality by making everyone standing around waiting. A video script will help you avoid that.

Video script also ensures your message is delivered well. You can prepare the beginning, middle and ending. With this tool you can efficiently prepare not only the written script, but visuals and audio too. As well as showcasing your or your client’s brand identity.

Simply said, you make it easier for yourself and everyone involved during the whole process – who wouldn’t want that?

How to write a script for a video?

c.     Start with a topic and a short description.

Looking for a Video Script Template?

Writing the video script (in detail)

Don’t work hard, work smart – they say (and I think they might be onto to something there). Download the template that you need for your specific video type and make it easier for yourself. You might get reminded of something, that otherwise slip through the cracks.

Start with your topic and a short description for everyone to know what’s going on right away.

After that, identify your audience. Many people might feel the need to appeal to everyone. But with so many resources out there today, you want to deliver your message to the person who are looking to listen. If you know the problem of a certain group, address it, and solve it through your services or show a solution in your video. Don’t forget the target audience is not only about demographics as gender, or age, but also about behaviors, interests, or their motivations and goals.

Consider the competition! Don’t copy, but you might get inspired while seeing the work of others. If you struggle you can easily find out what your rivals are doing and what works and then make it even better.

Choose your message. It is important to say that you should only choose one message for you video. The shorter the video, the shorter and clearer the message needed.

Choose your goal. This goes without saying that you should know what you’re trying to achieve by releasing your next video. Identifying the point of the video is one of the most crucial things to do at this point. You found the problem; you have the solution, now your viewers need to take action – you might want them to consume more content, shop at your store, or use your service.

Choose your main character. You might have noticed that commercial, YouTube, or even corporate videos usually focus on one person. This one person either shows or tells something. So don’t get distracted by involving too many people in a 30 second video.

Think about where will the video be displayed and distributed. Again, depending on your audience, it really differs which social media they use, which festivals they attend, or which TV programs they watch.

Some of these rules might be risky to break, but we’ve seen it happen and sometimes it works quite well.

As we live in a time where goldfish can hold their concentration longer than us humans (yikes! Someone emergency dial Einstein), you need to hook your audience in the first few seconds to prompt them to watch further.

Incorporate both visual and audio elements in your video script. Visual elements part of the script includes different shots. For each shot include a short explanation and a description, list of actions in that scene, transition, colorboard, moodboard, costumes, background, talent, people, lighting…

In audio elements think of the music, and a voiceover.

It all really depends on the video you’re planning to develop. It might be a 15-second commercial or a 3-minute testimonial story.

However, always write everything you want to say and then cut it down.

Tips on writing the dialogue/monologue:

Speak directly to your audience

Write it the way you would say it

Read your script out loud – You don’t need to memorize it but make sure you’re familiar and comfortable with different bits. You can easily use a teleprompter or simply transform your laptop or an iPad to a teleprompter.

Don’t slack off – make it thorough. Script every word and include not only the written script but the visual and audio elements too.

When filming your video, stick to the script (but don’t be afraid to improvise a bit)

You just need to be thinking of couple of things:

1.    Structure your ideas in a logical way

o   Ask viewers a question, to keep their focus

o   Don’t be afraid to begin with a reaction sound

Regardless of your niche, storytelling is key. Storytelling means turning that message into a story (I feel inclined to follow that with a "dah", but I won't). You can rely on suspense and create emotion in the viewer.

You want to sound smart?

Trust me, I get that! However, try to avoid long and complicated words. Use simple words that anyone can understand. If needed, explain any complex terms or abbreviations. It is also recommended to use present tense to not overcomplicate things.

In fact, the shorter the better. Focus on one idea only. It is recommended to write less than 15 words per sentence; and two words per second. Also, don’t repeat yourself!

You got that? Don't repeat yourself.

Don’t forget the subtitles! Talking about the online world especially, people often don’t watch videos with their sound on, which calls for a need to add subtitles.

When you’re done, get feedback from an editor or a friend, and if needed tweak it (but don’t overthink it). Don’t forget to have it proofread too. You should also read it out loud multiple times and time your script.

Looking for a Video Script Template?

And finally, don't forget the editing instructions. The editor will likely need a written transcript for the subtitles, music and the voiceover for sound design, or list of special effects that should be included.

Ready for your next video production but missing a script? Download our free video script template. Happy filming! 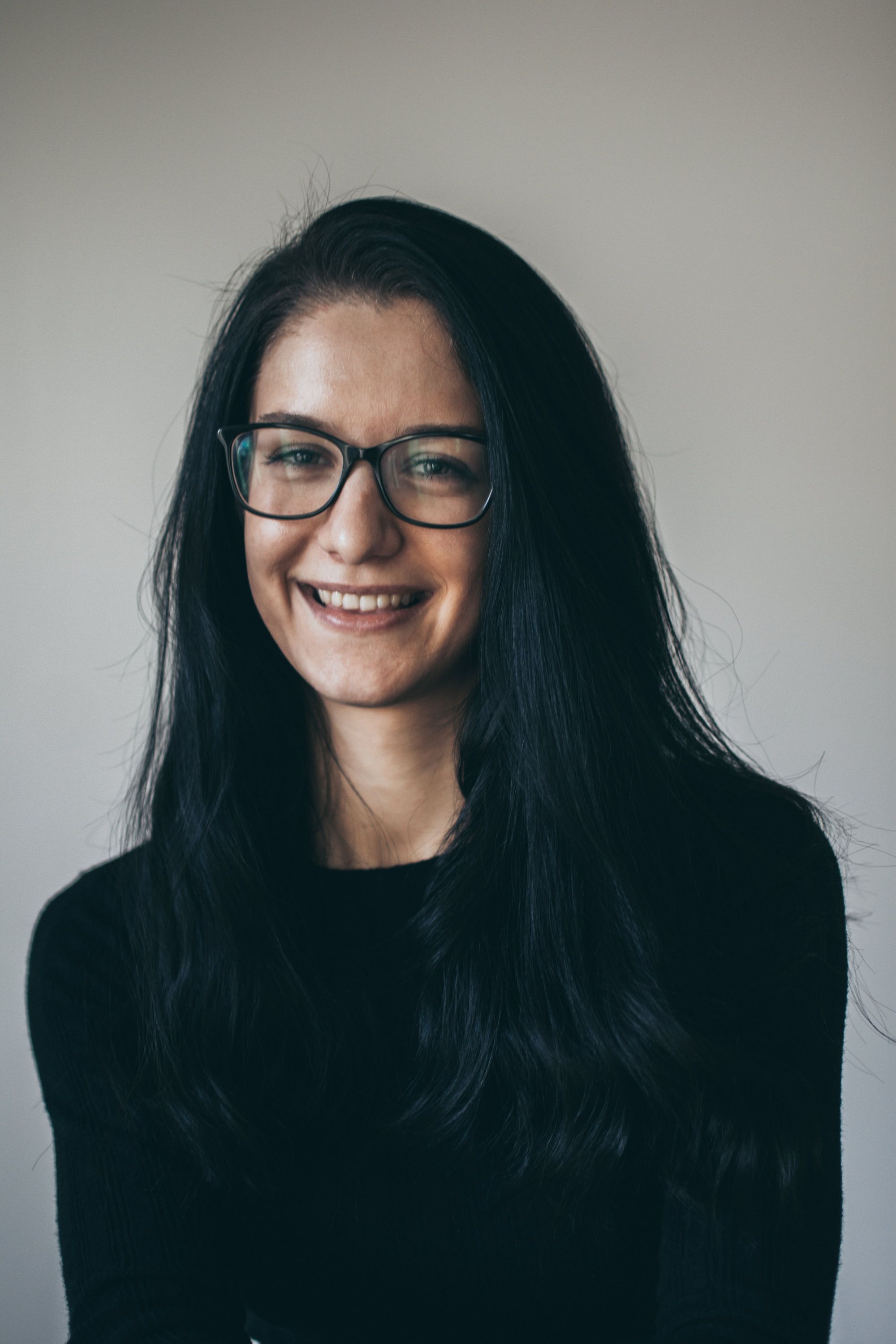 Zuzana is a digital marketing specialist who loves to create content that inspires. Her passions include art, travel, and photography.

21 Travel YouTube Vloggers in London You Should Know in 2022

How to Light an Interview? 6 Tips to Nail Lighting